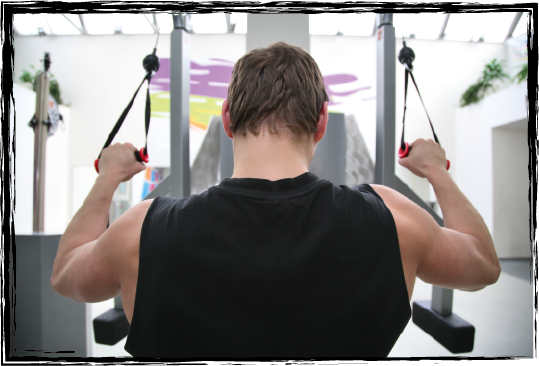 Of course the best and most traditional way to stay fit is to join a sports gym.   They are a great place to get access to all of the equipment you need to get a total workout.  The cost to join a sports gym varies.  Public gyms are a fraction of the cost of private gyms but they rarely have English-speaking staff.  Below is a list of the top places to go if you want to work out in an English Speaking environment.  The third one on the list, My Gym, is an international facility that specializes in physical fitness for kids.

Please be aware that most fitness centers and swimming facilities will not allow you to workout if you have a visible tattoo as they have been traditionally associated with organized crime gangs.  No matter how sweet and innocent you or your tattoo may look the anti tat policy is usually pretty strict.  Some places will let you get away with a tattoo if you can cover it up.


Tokyo American Club
State of the art equipment in a glass walled gym that overlooks the city.  TAC caters 100% to the expat community.

Gold’s Gym
The world famous Gold’s Gym has branches that are open 24hrs a day making it the most convenient place to work out in Tokyo.  Many branches have trained English-speaking staff.

My Gym (for children’s fitness)
My Gym has several locations across Tokyo and specializes in physical fitness for kids.  If you have a budding athlete in the family this may be the place for you.

This is a list of fitness centers across Tokyo.  Most of them do not have English-speaking staff.  If that doesn’t bother you and you would like to find something close to your neighborhood then click on the clink above. 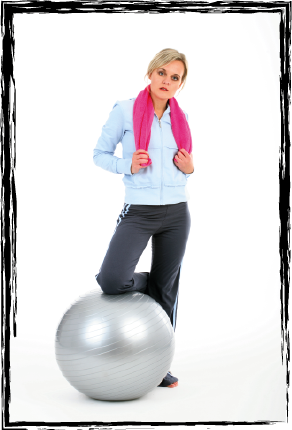 You can find personal trainers at most gyms but they may not speak English fluently enough for you to understand fully what’s going on.  Also, having personal trainers at the gym means you will be confined to the gym.  Lots of people want a much more personalized experience that offers a wide range of fitness options such as Pilates or other types of specialized programs.

Tokyo Fitness
This is an Australian run company that specializes in personalized training.

Synergy
Synergy deals with personal fitness, rehabilitation, and customized training.  Everything is done in English or Japanese. 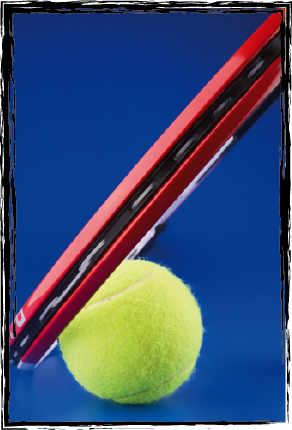 Sports can be the most fun and rewarding way to get a good workout.  Because wide-open spaces are scarce in Tokyo it will be difficult to set up an impromptu football or softball match.  You could go to one of the big parks like Yoyogi but there are usually too many people around to be able to play freely and safely.  There are, of course, many people who would prefer to join an already existing group rather than try to go through the trouble of gathering a team.  Here is a list of places where you can go to get a variety of sporting experiences.

Krissman International Tennis School
They offer tennis classes in English for both children and adults.  This is a great way for the whole family to stay active together.

Tokyo Tatsumi International Swimming Centre
This is a world-class swimming center with a gorgeous facility for casual swimmers or serious athletes.  English may be limited but it may be worth the hassle to swim in this beautiful place.  Don’t forget, visible tattoos are not allowed.

British Football Academy (children/teens)
This is an organization that holds classes and summer football programs for children up to 18 years of age.

Tokyo Cycling Club
This is an international community of cycling enthusiasts. 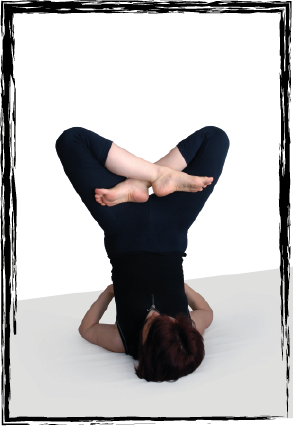 For more than1000 years yoga has endured as one of the best ways to keep your body in tiptop shape.  Now people all over the world practice yoga to unwind, to stay healthy, and to strengthen their bodies.  There are several places in Tokyo where you can go to take yoga classes.  Below is a short list of places that teach classes in English.

Yogajaya
One of Tokyo’s longest running Yoga classes.  Lessons are taught in English and Japanese.

Synapse Body (Baby Yoga)
This is a class for infants and toddler that is run by masters of modern dance, the Tamagawa sisters.  It is a great way for parents and children to bond.

Hello Yoga
This is an international Yoga community with studios all across Tokyo. 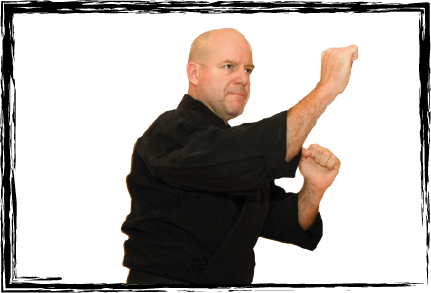 Of course you can also get a great workout while learning martial arts.  Japan has a long tradition that is rich with various fighting arts styles.  Below is a list of training centers that teach classes in English.

Shinkali
Shinkali is a twist on traditional Filipino martial arts.  They teach self-defense, security training, and fight training to all levels.  Classes are in English and Japanese.

All images provided by: http://www.stockfreeimages.com 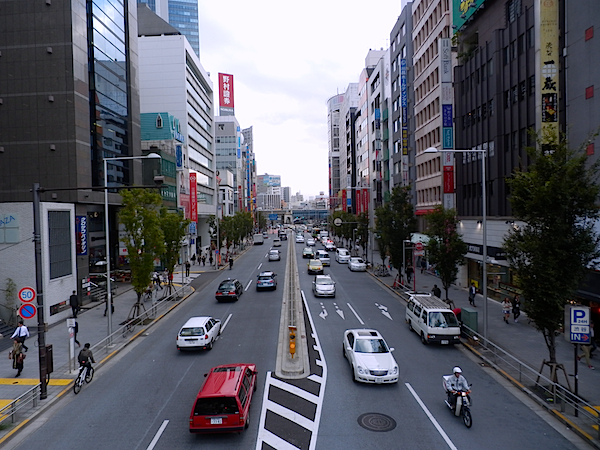 Japanese driving culture is a fascinating dimension of the country. For the new foreign resident in need of a motorized vehicle, embracing it and learning how to make sense of the traffic flow requires far more patience and humility than overcoming any legal hurdles and rules of the road that don’t apply back home. The defensive driver won’t get very far in Tokyo, and runs a high risk of getting slammed from any side at any moment. Extreme confidence, 360-degree vision, a quick foot and — in line with the general well-mannered and considerate aspect of Japanese culture — the ability to make a polite little “sumimasen” bow to other drivers whenever you screw up, will get you everywhere. As will always yielding to the nicer car, especially if it has tinted windows — and going first when that car is yours….

Getting a Driver’s License


To drive an automobile, motorcycle or scooter/moped on public roads in Japan, one must be at least 18 years old and hold a driving license (運転免許, unten menkyo), which is issued by the public safety commission of the prefectural government in which one lives. Foreigners with a recognized International Driving License (IDL) may use it for up to one year after entering the country. Others, whose international driving permits are not recognized by Japan, must attain a Japanese driving license. All drivers staying in Japan more than one year will need a Japanese driving license, and fines can be stiff (up to 300,000) for those driving without a proper permit. For foreigners, penalties can possibly be even more severe, who may be subject to arrest and even deportation. Depending on your personal situation, you may need to take a written and driving test. This quick Q&A , although a few years old, can help clarify what to do to transfer a license or take the driving test. Persons caught driving under the influence of alcohol or drugs are subject to having their licenses confiscated, and drunk driving that results in a death carries a penalty of up to 15 years in prison. Talking or messaging on cell phones while driving is also illegal. 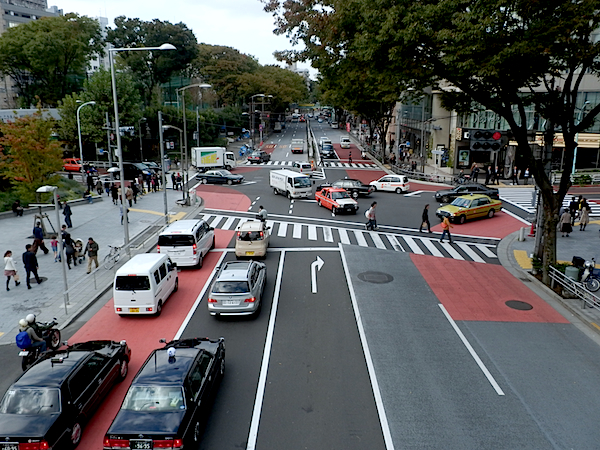 In Japan, cars are driven on the left side of the road, with the steering wheel being located on the right. Road conditions are usually quite good, but side streets in Tokyo can be spectacularly narrow and literally impassable to larger vehicles. For the most part, road signs and rules follow international standards, and although many signs on major roads are in Japanese and English, not all are, so it’s worth spending some time learning how to recognize the key terms. Obeying the speed limit will not fend off tail-gaters, and may incite impatient taxi drivers to perform feats of irresponsible vehicle manipulation in the rear-view mirror. Also, leaving enough space between yourself and the vehicle in front in case of sudden stops will not endear you to anyone directly behind. Every inch of pavement must be covered with vehicle. Cars and delivery vehicles parked on curves, although illegal and extremely dangerous, are tolerated to an astonishing degree.

Buying and Owning a Car


If money is no object, Tokyo offers every type of vehicle under the sun for a price. If you’re on a budget, a new or used Japanese vehicle can be quite reasonably priced, and even brand new compact cars sell for less than a million yen. Japanese cars are classified into regular and light (軽車, keisha) cars, which require yellow license plates and also offer the advantages of tax and toll breaks, and other regulations that make them cheaper and easier to own than regular cars with white license plates. This can help, as owning and operating a car in Japan involves numerous expenses. For example, compulsory inspections (shaken) every two to three years, yearly automobile taxes, mandatory and optional insurance, high parking fees, toll expressways and the cost of gasoline.

Shaken alone, a compulsory safety inspection every two years (starting from the third year for a new car), typically costs between 100,000 and 200,000 yen, including a weight tax and mandatory insurance ? which doesn't provide full coverage, making secondary car insurance highly recommended. Then there is the expense of parking in Tokyo, which can be exorbitant, but cheaper than the fines for parking illegally, if caught. The first time your car goes missing while illegally parking, instead of assuming it is stolen, assume it has been impounded. The phone number of where to call to get it back will be written in chalk on the pavement. Either way, a trip to the police station and a ready stack of 10,000 yen notes is part of the deal.

Purchasing a car requires the filing of numerous documents, including forms to register it and to verify you have a place to park it. If a parking space is not included as part of your residence package or situation, you’ll have to shell out a monthly fee of anywhere from 40,000 yen and upward to rent one, depending on which part of the city you live in. Fortunately, if you purchase an auto through a car dealer, they will do much of the paperwork for you, while you “sign” them by stamping all the necessary places using your officially registered seal/chop (印鑑, inkan). 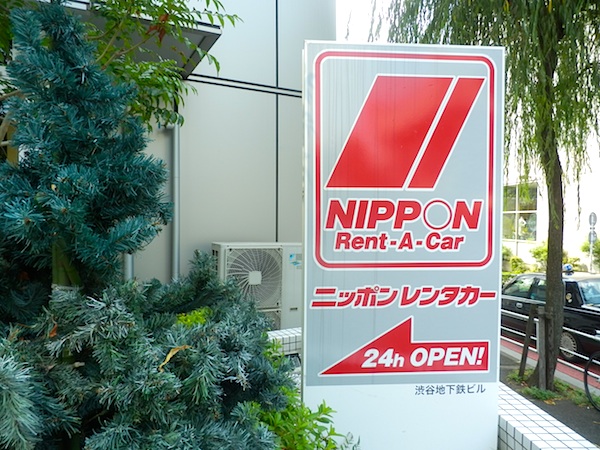 Most residents of Tokyo get along just fine with the public transportation system and a bicycle, and those with a driving license will often rent a car for excursions outside of the city or other purposes. There is an abundance of car rental companies in Japan, offering cars in all sizes and, in some cases, large vans, buses and RVs, for fees ranging from less than 10,000 yen per day and up. The major companies are Nippon Rentacar, Toyota Rentacar, Orix Rentacar, Mazda Rentacar, Nissan Rentacar and Ekiren. International car rental companies such as Budget, Avis and Hertz are also in Japan, but typically are tied up with one of the leading Japanese car rental companies, making their rates less competitive. Most companies or outlets will not be able to deal with English, so some help from a Japanese friend will come in handy.


Driving in Japan and Passing the Driver's Test